The London-based Arabic-language Al-Araby Al-Jadeed and other Arab news sources reported the strikes, saying they hit a factory producing long-range Scud missiles, a rocket storage site, as well as a convoy that was leaving the military site.

Witnesses reported hearing explosions and secondary explosions, apparently from the weapons detonating in the strike. There are no clear indications regarding the scope of the damage and whether there are any dead.

The report claimed that foreign jets were behind the incident and indicated Israel had conducted the strike, although no official sources in Sudan or outside of it gave confirmation to the appraisal in the report.

A spokesperson for the Sudanese army denied that military sites were hit in airstrikes, while military sources said a flying object resembling a plane or rocket was shot at by an anti-aircraft unit in the area, according to the Lebanese paper Charles Ayoub.

Sudan has been a key route for smuggling weapons originating in Iran and destined for Hamas in Gaza.
Israel has not yet responded to the report.

This is not the first time Israel has been reported as having struck in Sudan. Last July, Arab media reported Israel bombed an Iranian long-range missile shipment meant for Hamas being stored in a Sudanese military base north of Khartoum. 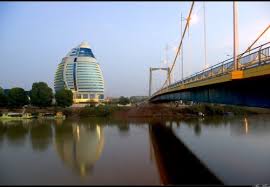 Last March, IDF forces seized the Klos C in waters off the shores of Sudan, which was smuggling a massive weapons shipment from Iran to Hamas. The IDF said the weapons cargo was likely to be offloaded in Sudan and smuggled to Gaza through the Sinai. 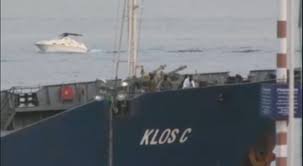 And back in October 2012, Sudan claimed that Israeli airstrikes caused an explosion and fire at a military factory south of Khartoum, killing two people. 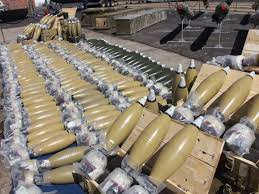 Israel refused all comment on Sudan’s accusation about the factory blast, though a top Israeli defense official said Sudan « serves as a route for the transfer, via Egyptian territory, of Iranian weapons to Hamas and Islamic Jihad terrorists. »