Day 15 : Since the start of Operation Protective Edge, over 2040 rockets and mortars were fired at Israel. Of them 1,570 hit Israel and 396 were intercepted by the Iron Dome missile defense system. The IDF has targeted over 2,924 terror targets with ground, naval and aerial capabilities. We intend to impair Hamas’ capability to attack Israel.

Hamas is employing a new tactic to conceal its true terrorist nature from the world. It has begun asking Gaza’s social media users to disseminate lies throughout the West and the Arab world.
The guidelines published by Hamas’ interior ministry explain, first and foremost, that all terrorists are to be referred to as innocent civilians.
« Any one killed or martyred is to be called a civilian from Gaza or Palestine, before we talk about his status in jihad or his military rank. Don’t forget to always add ‘innocent civilian’ in your description… » 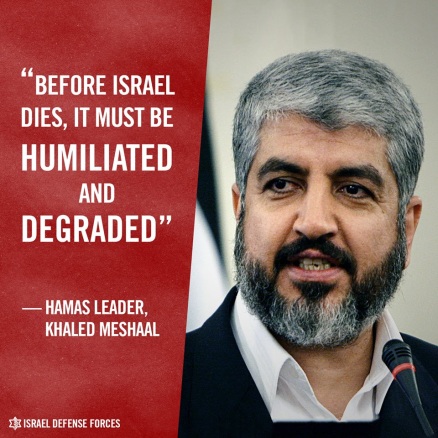 As the IDF continues its operation to dismantle terrorist infrastructure in Gaza, Hamas continues its inhumane tactics against Israeli and Palestinian civilians. On a daily basis, Hamas commits war crimes and ignores threats to human life in Gaza.

Yesterday, Hamas terrorists infiltrated Israel via a tunnel from Gaza. While the terrorists hid in bushes, IDF forces engaged them. As the terrorists attempted to return to the tunnel, they were killed by IDF fire.
To watch the video, click here. 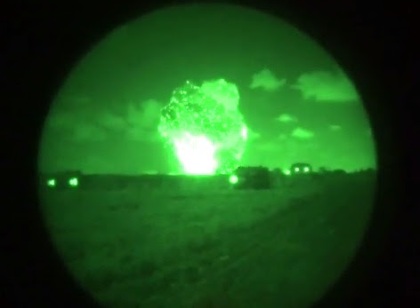 The IDF Nahal brigade inspected the grounds of a school in Gaza, and discovered rocket launchers. Some of the launchers still had rockets in them and were ready to be fired. Hamas has shot many rockets at Israel from this location.
To watch the video, ​click here.

27 soldiers have fallen during Operation Protective Edge.
May their memory be blessed 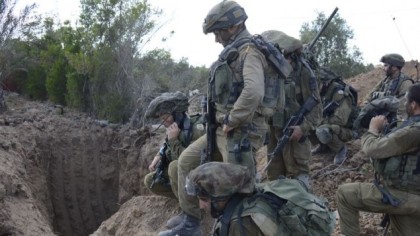 The IDF has targeted over 2,969 terror targets with ground, naval and aerial capabilities. We intend to impair Hamas’ capability to attack Israel.

Israeli commanders lead from the front. Col. Rasan Alian, commander of the Golani Brigade, was wounded while fighting Hamas in Gaza. Yesterday, he returned to his troops after making a full recovery. « I came back to finish the brigade’s mission ».
To watch the video, click here.

On July 21, Hamas terrorists infiltrated Israel via a tunnel from Gaza. The terrorists were wearing full IDF uniforms and had explosive devices strapped to their bodies. They were engaged and killed by IDF forces.
To watch the video, click here. 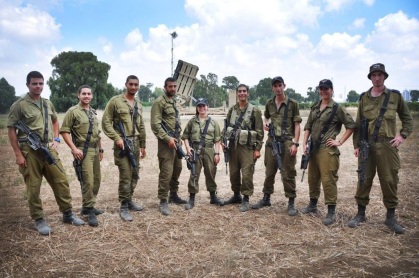 Today, the Iron Dome missile defense system shot down its 1000th rocket.
The soldiers in the picture above operate an Iron Dome battery. Their work saves Israeli lives everyday.

Despite ongoing terror attacks and constant rocket fire, the IDF goes beyond its legal obligation and transfers truckloads of supplies to Gaza.
To watch the video, click here…