In what remains of a Khan Younis suburb, 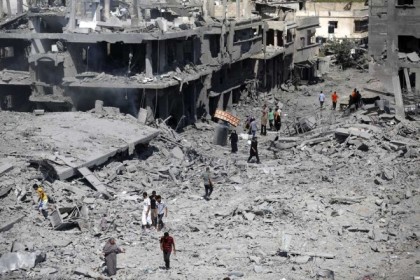 Observing the IDF’s mission to find and demolish terror tunnels dug into Israel, without being surprised by Hamas gunmen or the bombs they’ve hidden everywhere 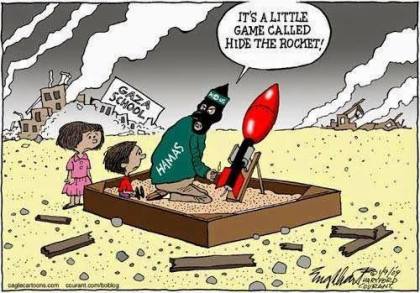 KHAN YOUNIS, Gaza Strip —
At about 4:50 Wednesday afternoon, our group of Israeli journalists got out of the “Wolf,” the IDF armored vehicle that had driven us to the Gaza border, and boarded an army APC. A few minutes later, after we had made our introductions to the IDF paratroopers who were to accompany us, the APC slowly began the journey westward. Our destination: the southern Gaza city of Khan Younis. 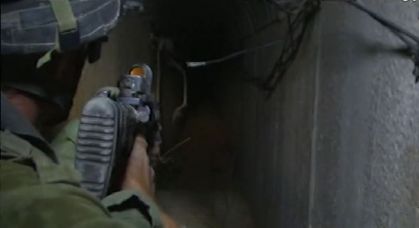 After nearly 10 minutes of driving on a dusty dirt road, we began to see the shattered remains of homes in what had been, until a few days ago, a Khan Younis suburb. The APC, referred to colloquially by IDF soldiers as “the Brute,” rumbled on into another neighborhood. It was notably quiet; perhaps because the residents were nowhere to be seen. They had abandoned their homes and fled west, deeper into the city. 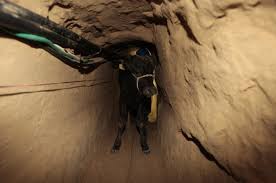 The APC came to a halt, and its ramp deployed. In front of us we saw a one-story house, with a paratrooper unit surrounding it. Just a few hours earlier, we were told, the soldiers had uncovered an attack tunnel here, stretching into Israel. The brigade commander, Col. Eliezer Toledano, stood among his soldiers, looking calm, almost indifferent, despite the sounds of clashes — constant explosions and bullet fire — between his troops and Hamas gunmen just a few hundred meters away. Several battalion commanders stood nearby, slightly amused by our presence. 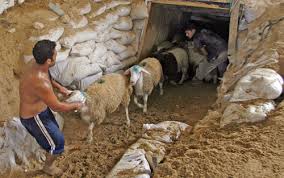 Toledano, 40, explained that the tunnel was about 2 kilometers long (slightly more than a mile). Presumably acting on intelligence information of some kind, his brigade had begun moving into the area 12 hours ago to find and destroy it. He pointed to the building, which was punched all over with bullet holes. The tunnel shaft was discovered in the backyard, Toledano said. 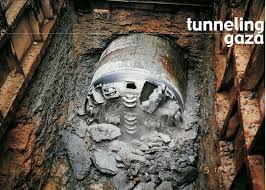 In the yard, a giant D9 bulldozer had exposed one of the tunnel entrances. It only took a glimpse into the shaft to recognize that Hamas had spent a considerable amount of time, effort and money on its construction. The walls were lined with concrete, and the shaft went down far into the depths of the earth. 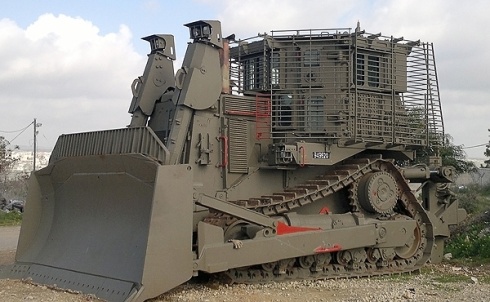 The house belonged to a Hamas member, and a large amount of weaponry, including an RPG launcher and ammunition, as well as various propaganda booklets, were found here, we were told.

“The sheer destruction around us is devastating,” a battalion commander, Yoav, noted. “What’s most disturbing is that they operate from this urban environment, and the ones who suffer most are the civilians. I’d much rather manage all this in face-to-face combat against a real Hamas, one that is genuinely here.” 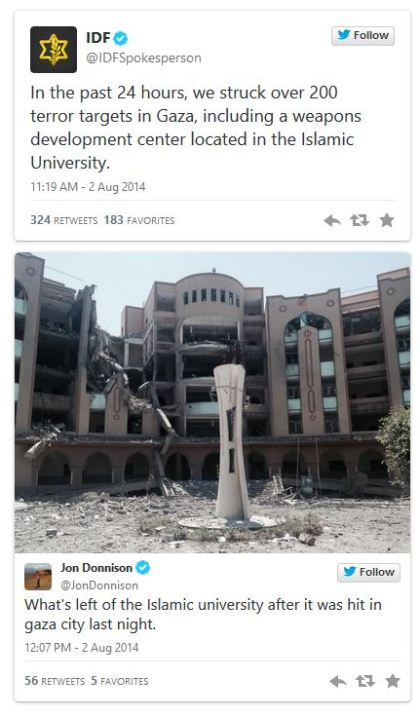 Toledano also took pains to stress that it was Hamas’s cynical decision to operate in a civilian environment that had brought about such devastation. A few days ago, the troops found a tunnel under a chicken coop, he said. And now this one, in a home, where people lived until very recently. 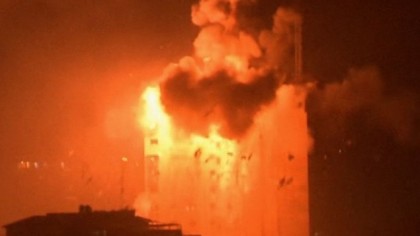 The damage was evident all around us. Broken homes and crumbling walls, as army bulldozers dug relentlessly in a search for more sections of the tunnel. 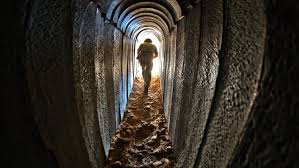 “This is a kind of fighting we’re not used to.
A terrorist can jump out at us any second.
That happened few days ago,” an officer told us. 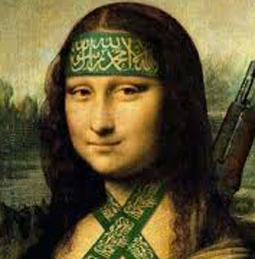 He elaborated:
Late one evening, after the troops thought they had secured the area around another tunnel, he said, three Hamas fighters suddenly emerged from a tunnel shaft out of the ground, and almost managed to catch the soldiers off guard. Luckily, the officer said, the soldiers were alert and reacted quickly. 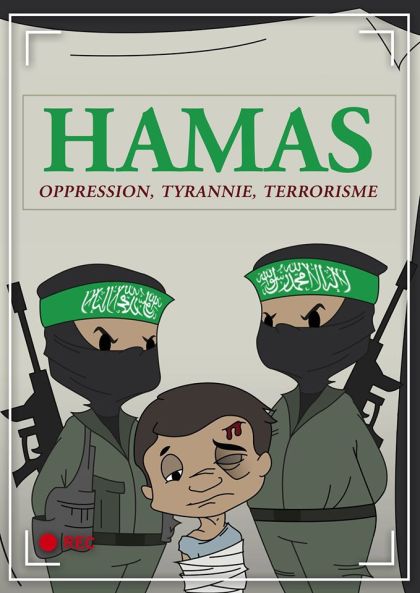 “The second they saw us, the terrorists slipped back into the tunnel. They then popped out from another entrance,” he said. He doesn’t reveal how the incident ended.  This is indeed one of the most difficult problems for IDF forces fighting within the Strip. Hamas has worked tirelessly in recent years to build up the tunnel infrastructure, with multiple entrance-ways that enable its gunmen to move quickly and undetected between private homes and streets and alleyways. At any moment, a Hamas fighter might come out of the ground and open fire with machine guns and anti-tank missiles on the troops.

An additional challenge is Hamas’s almost unthinkable decision to rig the homes of many residents in the Strip with explosives, aiming to collapse the structures upon Israeli soldiers. 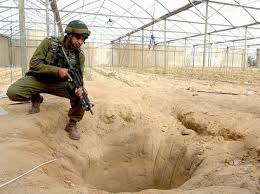 “In Operation Cast Lead [in 2008-2009], the booby-traps in the houses were quite primitive and unsophisticated,” another officer told us. “Today, that’s not the case. You go in to a home and the second floor can be rigged. You can scan one house, move on to a second, and at the third encounter a trap of anti-tank missiles,” he said. 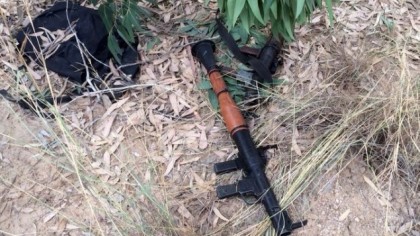 “We trained for fighting underground and for urban warfare, but not at these levels. Still, we can deal with the challenge. There is a price, but we are successful,” he concluded. 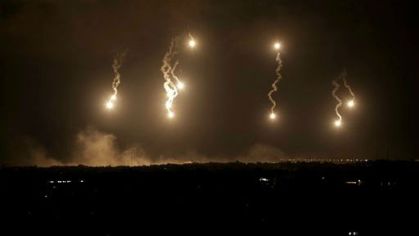 A soldier in the western corner of the first floor of the tunnel house was looking out in the direction of central Khan Younis. He explained that the home opposite us had been secured as well. There was not a soul around except for soldiers. The neighborhood was desolate, bereft even of animals. Only shells of homes.

The soldiers seemed highly motivated and confident. They told us smilingly where they are from, and asked us to send messages home to their mothers. One of them was eating, while the others closely watched us. Rumors that the IDF is “treading water” in Gaza had evidently not reached them. “I don’t feel that we’re treading water. We make more progress every night,” said Yoav, the battalion commander.

“Treading water? We’re at war here,” brigade commander Toledano chimed in.
Radiating a certain calm to his troops, Toledano said that he and his men were continuing their mission, and added that dealing with the tunnels would require time and patience. “We have both,” Toledano insisted. 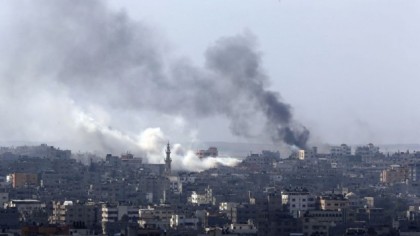 After an hour and a quarter or so, the officers ordered us back to the APC, and we headed home to Israel. On the way, we stopped by a tunnel with an exit that was uncovered near Kibbutz Ein Hashlosha a few months ago. Another one of those terror tunnels, but this one with a staircase that made it easier to descend into the belly of the earth. This tunnel leads from Gaza into Israeli territory, right near the kibbutz. The effort put into building it was clearly colossal. 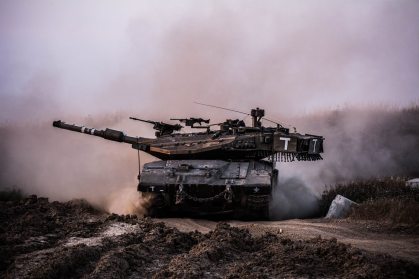 And so ended my visit to Gaza, seven years after the last one. This time I’d seen “Gaza Underground.” Of the upper Gaza Strip I’d seen last time, not much remains.