.
Monday, though an attack on Israeli bus that killed one person in Jerusalem underscored the tensions still simmering in the region.

A construction vehicle hit and killed a pedestrian and overturned a bus on a main street in Jerusalem on Monday in what police suspect was a Palestinian attack, which ended when policemen shot dead the driver of the yellow excavator.

There were no passengers on the bus, in an ultra-Orthodox Jewish neighborhood of the city. Surveillance video broadcast on Israeli television showed the excavator’s mechanical arm tearing into the side of the bus as it lay on the sidewalk.
Israeli media said the driver of the digger was a Palestinian from East Jerusalem.
Yossi Farienti, Jerusalem district police chief, said the excavator « hit a Jewish citizen at a construction site and then drove about 50 meters down the road, where it overturned the bus with its arm, slightly injuring three people. »

RAFAH (AFP) –
At least 10 people were killed Sunday in a fresh strike on a UN school in southern Gaza which was sheltering Palestinians displaced by an Israeli military offensive.

Police spokesman Micky Rosenfeld said « police are looking at the incident as a terror attack. » He said a police officer shot dead the excavator’s driver.

Palestinians and Israel accused each other of breaking a seven-hour ceasefire intended to allow humanitarian aid into the battered Gaza Strip soon after it came into force on Monday.

Palestinians said Israel had bombed a refugee camp in Gaza City, killing an eight-year-old girl and wounding 29 other people, while Israel said at least four rockets had been fired at its territory from Gaza.

Gaza Health Ministry spokesman Ashraf Al-Qidra said the air strike on a house in Shati camp took place after the truce was scheduled to start on Monday morning.

An Israeli military spokeswoman said she was checking the refugee camp attack. She said four rockets had been fired from Gaza since the truce started and two had crashed inside Israel. There were no reports of casualties or damage. 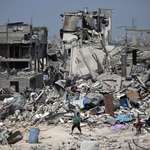 Israel announced a ceasefire to free up humanitarian aid and allow some of the hundreds of thousands of Palestinians displaced by almost four weeks of war to go home.

The announcement met with suspicion from Gaza’s ruling Islamist Hamas movement and followed unusually strong censure from Washington at the apparent Israeli shelling on Sunday of a U.N.-run shelter that killed 10 people. An Israeli defense official said the ceasefire, from 10 a.m. to 5 p.m. (0700 to 1400 GMT), would apply everywhere but areas of the southern town of Rafah where ground forces have intensified assaults after three soldiers died in a Hamas ambush there on Friday. « If the truce is breached, the military will return fire during the declared duration of the truce, » the official said. The official said east Rafah was the only Gaza urban area in which troops and tanks were still present, having been withdrawn or redeployed near the border with Israel over the weekend. 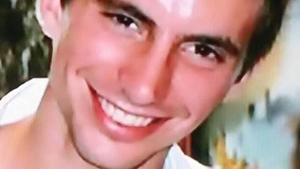 Israeli soldier feared abducted by Hamas was killed in action

Mark Regev, spokesman for Israeli Prime Minister Benjamin Netanyahu, told CNN that Israel’s goal with the truce was « to assist with the humanitarian relief »
of the people of Gaza.
Hamas, whose envoys are in Egypt for truce negotiations that Israel has shunned in anger at Friday’s ambush in Rafah, said attacking the house after the Israeli ceasefire began showed the truce was a media stunt. « We urge our people to continue to be cautious, » said spokesman Sami Abu Zuhri.
Israel is winding down its offensive in the absence of a mediated disengagement deal with Hamas. It says the army has completed the main objective of the ground assault, the destruction of cross-border infiltration tunnels from Gaza.
« Every attack tunnel we knew about has been destroyed, » Amos Gilad, a senior defense official, said on Israel Radio.

In a predawn air strike, Israel killed Danyal Mansour, a senior commander of Islamic Jihad, a Palestinian group fighting alongside Hamas.
Israel launched its offensive on July 8 following a surge in Hamas rocket salvoes. It escalated from air and naval barrages to overland incursions centered on Gaza’s tunnel-riddled eastern frontier, but also pushed into densely populated towns.
Gaza officials say 1,804 Palestinians, most of them civilians, have been killed and more than a quarter of the impoverished enclave’s 1.8 million residents displaced. As many as 3,000 Palestinian homes have been destroyed or damaged.

Many of those evacuees have taken shelter in U.N.-run facilities, including a Rafah school where 10 people were killed on Sunday in what Gaza officials said was an Israeli air strike. The Jewish state said it was investigating the incident and that it might have been linked to an attempt by the military to kill Islamic Jihad gunmen as they drove nearby.

An international outcry crested against the Israelis. U.N.
Secretary-General Ban Ki-moon described the school attack as a « moral outrage and a criminal act » and called for those responsible for the « gross violation of international humanitarian law » to be held accountable.

The United States said it was « appalled » by the « disgraceful shelling » and urged its closest Middle East ally to do more to prevent harm to civilians. Washington also called for an investigation into other, similar attacks on U.N. schools in Gaza.

Israel says it makes every effort to avoid non-combatant casualties and that Hamas invites these by launching rockets from, and entrenching gunmen inside, congested civilian areas.

Israel has lost 64 soldiers in combat and three civilians to Palestinian cross-border rocket and mortar fire that has emptied many of its southern villages. Iron Dome interceptors, air raid sirens and public shelters have helped stem Israeli casualties.

Palestinian groups, including representatives from Hamas and Islamic Jihad, held their first formal meeting in Cairo on Monday with Egyptian mediators hoping to pave the way towards a durable ceasefire agreement with Israel.

Egyptian mediation, supported by the United States and the United Nations and also involving Qatar, Turkey and Western-backed Palestinian President Mahmoud Abbas, has been complicated by the dramatically divergent terms set by Israel and Hamas.

Israel has said Gaza must be stripped of tunnels and rocket stocks. Hamas rules this out, and demands an easing of the crippling Gaza blockade enforced by both Israel and Egypt, which consider the Palestinian Islamists a security threat.

In Cairo on Sunday, Palestinian delegates said they also wanted Israel to withdraw from Gaza, facilitate reconstruction of the battered territory and release Palestinian prisoners.

The Israelis, however, have shown little interest in resuming negotiations after blaming Hamas for violating Friday’s truce with the Rafah ambush – an accusation echoed by the United States and the United Nations, though disputed by Hamas.