Yesterday, an IDF soldier and and Israeli civilian were stabbed and killed in two separate incidents. The soldier was attacked in Tel Aviv and the civilian was stabbed in Judea and Samaria.

At 12:30 PM yesterday, November 10, Sgt. Almog Shilony was stabbed at the HaHagana Train Station in Tel-Aviv by a Palestinian suspect who was apprehended on the spot. He was transferred to a hospital for further medical treatment, but succumbed to his wounds later that evening.

At 5:00 PM, a terrorist stabbed three Israeli civilians at the Alon Shvut Junction in Gush Etzion. Dalia Lemkus, 26, was killed in the incident. The terrorist was shot by a security guard at the scene. 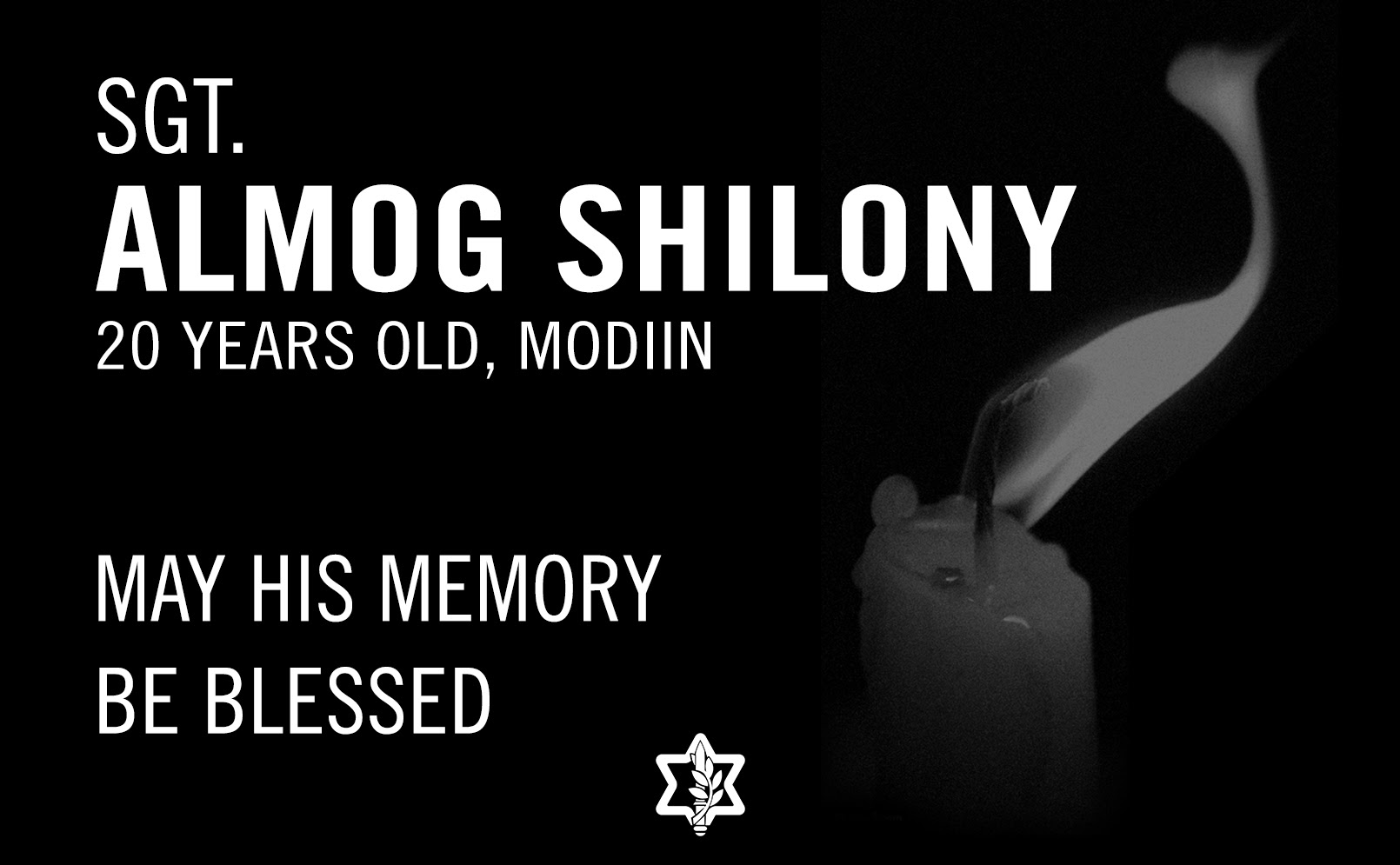 These two attacks follow other Palestinian incitement in recent days. On October 22, a 20 year old Palestinian terrorist drove his car into a Jerusalem light rail station, killing a three-month-old infant and injuring seven other people.

Hamas has launched a media campaign promoting terrorism and the murder of Israelis in the wake of these attacks, including a new video game advocating violence. The terrorist organization continues to encourage the killing of Israelis by any means necessary.

Hamas posted the following picture on their Facebook page.
The text reads: “The accelerator is a weapon”.

Ever since its founding, Hamas has been leading and supporting attacks against Israeli civilians. Yesterday’s terror attack on the Jerusalem light rail station killed an infant and wounded seven other civilians. Hamas celebrated this event online, praising the killing of Israeli civilians.

In the wake of this attack, Hamas launched a media campaign promoting terrorism and the murder of Israelis. Shehab News Agency, an online news agency linked to Hamas, posted the following picture on their Facebook page. The text reads: “The accelerator is a weapon”. Hamas continues to encourage the killing of Israelis by any means necessary.

Hamas also published a flyer with the picture of a terrorist alongside deceased Al-Qassam Brigade member, Muhyi A-Deen Al-Sharif, who served as a bomb maker for the terrorist organisation in the 1990’s.

The perpetrator of the deadly attack, Abed a-Rahman a-Shalud, also posted numerous pictures of Hamas terrorists on his personal Facebook page, including a picture of Gazan children dressed as terrorists.

This case is just one of many cases in which Hamas advocates violence and hatred through social networks. The terror organization indiscriminately aims to kill Israeli civilians, and uses the internet to spread their deadly mission.