Don’t think the America-Israel relationship is a one-way street.
Discover from an expert why Israel is such a valuable ally and asset of the United States.

Yoram Ettinger is a former  and a top lecturer and advisor on US-Israel relations, Middle East politics, the Iran nuclear threat, the Palestinian issue much more.

Most Americans are unaware of Israel’s tremendous value to the United States – in so many ways.

Listen to a top expert explain why the US-Israel relationship is far more than the US providing financial and military aid to Israel. What the US gains from Israel is invaluable – learn why!

Hoping to expand ties with Iran in the wake of the nuclear deal, the UK reopened its embassy in Tehran. However, they were met with local violent resistance.

The British were quick to warm their diplomatic relations with the Islamic Republic following the signing of the nuclear agreement with the P5+1 Powers.

UK Foreign Secretary Phillip Hammond flew to Tehran on Sunday to participate in the reopening of the British embassy in the Iranian capital, which was shut down four years ago, following violent protests by the Iranians.

“Maintaining dialogue even under the most difficult conditions is crucially important,”

Zarif welcomed the reopening of the British Embassy, saying it showed Iran’s regional and global significance.

“This will be a new start in the relations of Iran and Britain which has seen several ups and downs over the past years. Today we have entered a new stage of ties based on mutual respect, policy of constructive interaction and dialogue,” he said.

The British attempted to color the event in glowing and positive colors, talking about a new and bright future shared by the British and the Iranians.

However, the Iranians were a lot less supportive of the event, and welcomed the new British mission with violent protests and expressions of anger.

The streets near the embassy compound were heavily guarded since early Sunday morning by the special police and law enforcement troops who dispersed the people to avoid any protest gathering.

Iranian hard-liners oppose the improved relations with London. Many of them had called the British Embassy the “epicenter of sedition” when they attacked it in November 2011. They accused the country and its media, including the BBC, of fomenting unrest and encouraging rioters in Iran after the disputed 2009 presidential elections.

Many Iranian university student formations, political figures, officials and elites had slammed the reopening of the British Embassy, and called for a gathering in front of the mission to protest at what they called as the “Black Sunday.” 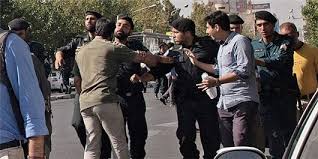 “Has Britain promised to avoid meddling in Iran’s internal affairs?
The old cunning fox should promise not to incite sedition in Iran again,” he added.

“History has shown that Britain has always wanted to spy on Iran and incite sedition and today, we have the same assessment and prediction and Britain is unlikely to be in pursuit of any other goal other than spying and mischief,”

Meantime, Secretary of the University Students Justice-Seeking Movement said that Britain’s attitude towards Iran has worsened after the closure of its embassy in Iran.

“Reopening the British embassy in Iran would be a counterrevolutionary, illegal and irrational move,”

The Fars news agency, which is considered close to Iran’s conservative camp, best captured the sentiment with the headline:

In Attempt to Repair Damaged Relations

Relations between Iran and Britain hit an all-time low in November 2011, when the two countries shut down their diplomatic missions around Britain’s key role in the imposition of a new set of western sanctions against Iran and its “repeated meddling with Iran’s domestic affairs”, as the Iranians perceive it.

Iran recalled all its staff and closed its embassy in London in November after Britain recalled its diplomatic mission in Tehran due to massive protests in front of the British embassy complex by thousands of Iranian students who demanded a cut of ties with London.

A famous photo from the time, is a picture of Queen Elizabeth II hanging in the embassy with the words “death to Britain” scrawled on it.

The Iranian students’ November 2011 protests at the British mission came after the Iranian legislators, in an open session of parliament, approved the bill of a law on downgrading relations with Britain. After the parliament approval, Iran expelled the British ambassador from Tehran.

The parliament approval came a week after the US and Britain targeted Iranian financial sectors with new punitive measures, including sanctions on Iran’s Central Bank and petrochemical industry. 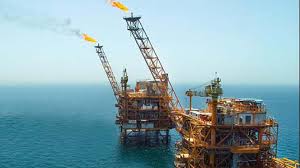 After President Rouhani rose to power, he and his foreign minister Zarif pursued the policy of detente and started talks with London on the resumption of diplomatic ties and reopening embassies. 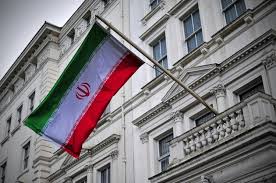