Known for its dynamic tech startups, agricultural innovations, and security solutions, Israel could soon add cannabis powerhouse to the list, thanks to domestic efforts to decriminalize the drug… and a push to use it as a medical export.

Israel is already a leading global player in clinical testing and Israeli growers have been leveraging those clinical trials to produce new strains for decades. These growers have developed unique grow-how to deliver a medical grade product. 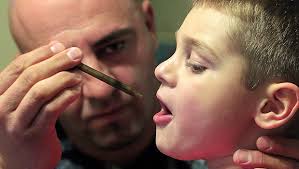 “Israeli growers have agreements with companies in USA, Canada, Czech Republic and Australia. Israel has the oldest and largest regulated medical cannabis programs in the world with over 22,000 registered patients. The Hebrew University holds a rich IP bank of cannabis patents. It is easier to conduct cannabis research and clinical studies in Israel than in any other country in the world,” said Saul Kaye, the founder of iCan and CannaTech, a yearly cannabis innovation and investor summit in Israel.

“Israel is playing a large role in clinical trials and foreign governments and multinationals come to Israel for this purpose. In the US, the DEA does not allow for the transportation of raw materials. A company in New York cannot import enough raw cannabis to conduct the clinical trials,” said Dr. Tamir Gedo, the CEO of Breath of Life, a manufacturer of pharmacy grade API for companies looking to conduct clinical trials.

The country’s warm climate coupled with its accumulated know-how in all things agriculture and farming are fertile ground to transform the desert state into a player on the global medical marijuana market. Even though the UN’s 1961 Single Convention on Narcotic Drugs prevents the trafficking of narcotics, Israel has the ability to circumvent the convention by having the Medical Cannabis Unit of the Health Ministry turn itself into a national narcotics agency.

Regulatory conditions are also helping to sow the seeds for a cannabis culture, since the Ministry of Health is the only national FDA equivalent body that has publicly declared and accepted the benefits of cannabis. In fact, Israel has already approved a vast number of medical conditions for treatment with cannabis, including cancer, epilepsy, neurological conditions and MS.

“The Israeli government has started to understand the economic benefits of cannabis. I believe medical cannabis will be be bigger and more profitable than all the arms exports combined.”

“The Israeli government has started to understand the economic benefits of cannabis. I believe medical cannabis will be be bigger and more profitable than all the arms exports combined,” Gedo said.

The potential for cannabis crop to create significant export revenues has some entrepreneurs envisioning a future in which the herb functions as a peace pipe to bring other countries from the region to the trade table.

“Israel’s neighbours in the Mediterranean are years away from recognizing and organizing their medical cannabis programs. In the future, neighboring countries will almost certainly look to Israel to model their own programs. Israel now has the potential to export our knowledge and skills to these countries,” Kaye said.

Oren Leibovitz the editor of the Israeli cannabis news and information website, Cannabis and the chairman of the Green Leaf (Ale Yarok) party, is confident that Israel will soon become an international cannabis powerhouse.

“In the next few months, the exporting of medical cannabis might be approved by the Knesset [Israeli parliament], which will make cannabis the country’s #1 export, superseding weaponry and, potentially, natural gas,” Leibovitch said.

Leibovitch’s political movement is growing rapidly and garnered 50,000 (out of 4,255,000 votes) votes in the 2015 election. While Israel is still far from decriminalizing cannabis, Leibovitch believes that due to the political support from the political parties on the left and right, Israel will soon move towards a more liberal approach to cannabis.

“What happens in America, always happens in Israel 10 years later. I envision Israel to join the state of Colorado and other pro-legalization states by the year 2024,” Leibovitch said.

Israelis witnessed a concrete move to decriminalize cannabis in June this year when Yinon Magal, a member of the Israeli Knesset (parliament) introduced a bill that would decriminalize cannabis for recreational use. The law would allow one plant and up to five grams of cannabis for personal use. Moreover, the chair of the Committee on Drug and Alcohol Abuse, Tamar Zandberg is a proponent of decriminalizing the personal use of cannabis.

Indeed, there are many in Israel who believe that the time is ripe for new legislation.

In spite of possible legal and political hurdles, a number of Israeli startups in the medical marijuana space have began developing products that directly or indirectly relate to the cannabis industry.

While Israeli companies are making headway in cannabis tech, many Israeli politicians are still hesitant to fully back the industry due to perception-induced fear.

Israel should export medical solutions, not narcotics. We don’t want to be in the business of exporting cannabis for recreational use.

“Israel does not want to have the reputation of being the world’s number one narcotics exporter. Instead, we should be known as the number one medical solutions exporter. Understandably, the political process is influenced by perception and politicians are still fearful of the connotations of being labeled as pro-drugs,” said Dr. Oded Sagee, the founder and CEO of BreedIt.

Therefore, Israel should perhaps position itself as an exporter of medical solutions, by focusing on the end-product, rather than on exporting raw, unprocessed cannabis, according to Sagee.

“We can provide products for specific purposes, for example tailored cannabis for cancer, MS and other illnesses. Israel should export medical solutions, not narcotics. We don’t want to be in the business of exporting cannabis for recreational use,” Sagee concluded.

Israeli contributions to cannabis research actually spans decades. Over a half century ago, in 1963 an Israeli researcher at the Hebrew University in Jerusalem, Dr. Raphael Mechoulam identified the structure of cannabidiol (CBD)  and isolated THC for the first time. Because of Mechoulam and his team’s efforts, 20,000 Israelis are able to enjoy the benefits of medical cannabis.

Today, Israel is at the precipice of becoming a major force in the field of cannabis and medical marijuana, but country’s successes are often hindered by external forces, but today – according to the leader of the cannabis movement – the enemy comes from within.

“The only thing preventing Israel from becoming a cannabis superpower is the Israeli government,” Leibovitch said.