Iran openly declares it will violate the UNSC resolution regarding the nuclear deal and will progress with its weapons build-up and development program.

Iran’s three leaders – President Hassan Rouhani, Foreign Minister Mohammad Javad Zarif and Deputy Foreign Minister and senior negotiator Abbas Araghchi – have open declared that Iran has no intention of abiding by UN Security Council resolution 2231, which endorses the nuclear deal and restrictions on Tehran’s missiles and weapons acquisition.
Rather, they say they will abide only by the original nuclear deal.

According to a report by the Middle East Media Research Institute (MEMRI), Iran said that it separates the deal regarding its nuclear program from the UNSC resolution. Passed on July 25, the resolution endorses the deal and also includes prohibitions on Iran’s development of advanced ballistic missiles and its purchasing of other types of arms.

Iran will Violate UNSC Resolution Like it did 10 Years Ago

In a July 20 interview on Iranian Channel 2, Araghchi said that there had been tough bargaining between the Iranian and American delegations over the issue of the arms embargo on Iran and the sanctions related to Iran’s missile development project.

He said that during the negotiations, the Americans demanded that the sanctions on Iran’s weapon build-up remain, because otherwise they would have a hard time selling the deal to the Arab countries.

”When they said that they could not lift the sanctions altogether, we told them explicitly that in that case there is no agreement. We told them that the national security issues are non-negotiable and that we will not accept an agreement which continues the embargo on weapons and the sanctions on missile development. In the end, the Americans said, We will put the issue of the embargo and the missiles in the UN Security Council Resolution separate from the agreement,” he said.

In the same interview, Araghchi was asked whether Iran could refrain from carrying out UNSCR 2231. He replied:
“Yes we can; just as we refrained from complying with UN Security Council resolutions, we can do so with regards to 2231.”

‘Violating UNSC Resolution Has No Consequences’

Foreign Minister Zarif, in an August 9 media interview, reiterated the Iranian position regarding the difference between the JCPOA and UNSCR 2231, with a focus on the consequences of possible violation of the two by Iran.

Indeed, the restrictions regarding missiles are mentioned only in UNSCR 2231, and not in the JCPOA, MEMRI points out.

‘Iran Not Committed to the UNSC Resolution’

On August 29, 2015, Iranian President Hassan Rohani said “there is nothing about the topic of missiles, defense, and weapons in the JCPOA.  Whatever we have about it is in Resolution [UNSCR] 2231… 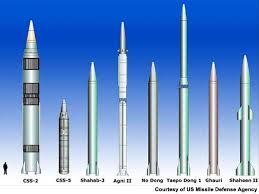 The meaning of all this is that in everything related to the issue of missile development, Iran will disregard UNSCR 2231 and progress with its military development.

Already during the negotiations, the Islamic Republic insisted that there be no imposition of sanctions on Iran’s missile development program. When the Americans moved the sanctions on the missile program to UNSCR 2231, Iran did not object, as, according to their statements above, they can violate Security Council resolutions, as they have done in the past, and this will not be technically regarded as a violation of the JCPOA.