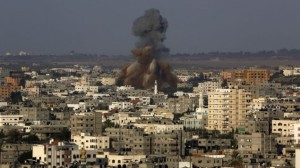 The Times of Israel is liveblogging events as they unfold through Wednesday, August 20, the 44th day of Operation Protective Edge. Hamas breached a truce on Tuesday afternoon with a rocket salvo at Beersheba, prompting Israel to quit the Cairo negotiations on a long-term ceasefire. Rocket fire and IDF counter-strikes intensified later Tuesday and into Wednesday.

Hamas leader Muhammad Deif is thought to have been killed in the Israeli airstrike that targeted his home overnight. Quoting Israeli intelligence sources, it reports that the military head “is believed to have been killed” early Wednesday. Hamas maintains that Deif is alive and well. Sami Abu Zuhri, a Hamas spokesman, tells the group’s TV station Al-Aqsa that Deif “wasn’t even in the location when they bombed it.” Five other people, including his wife and baby son, were killed in the strike.

A source close to Hamas insists that despite the current escalation, the Cairo ceasefire talks are likely to resume shortly, Ynet reports.

He says that the negotiations have not failed, and that the Palestinians agreed to the Egyptian proposal, but Israel backed out at the last minute.

The Palestinian source also says regarding the attempted assassination of Hamas leader Muhammad Deif that Netanyahu “found an opportunity to achieve a victory of morale in order to boost his popularity, which is waning.” 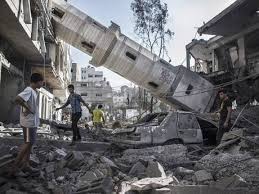 Three missiles land in the Eshkol region. Two fall inside southern communities,
There are no reports of injuries or damage.

Hamas says it shot two rockets at the Noa gas installation off the coast of the Gaza Strip.

However, Israel denies that any projectiles hit the Israeli gas well, which lies on a platform some 30 kilometers (18 miles) off the Gaza shore.

Channel 2 analyst Ehud Ya’ari says that in light of Israel’s targeting of Hamas leader Muhammad Deif, the Hamas leadership has issued threats to execute collaborators, after presumably some have tipped off Israel as to Deif’s location.

With regard to whether Deif is alive or dead, Ya’ari says: “We don’t know that he’s not dead.”

The Israeli airstrike and the use of bunker buster bombs is an indication that Israel had precise intelligence on Deif’s whereabouts, he says, and if he was home — though it remains unclear whether he was — it’s likely he didn’t survive. 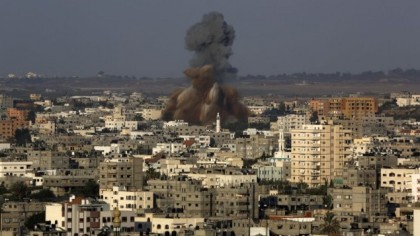 The TV station’s military correspondent Roni Daniel stresses that Deif takes orders from Khaled Mashaal, the Hamas politburo head residing in Qatar who has been calling the shots throughout the Gaza campaign.

The Iron Dome has shot down 15 missiles since midnight, Channel 2 reports.

More than 60 rockets have been fired at southern Israel since this morning, it reports.

Prime Minister Benjamin Netanyahu convenes a cabinet meeting with the government ministers in the Defense Ministry headquarters in Tel Aviv.

The prime minister is expected to update the ministers on the security situation, and discuss Israel’s next move in response to the continued rocket fire.

Minister calls for another ground offensive

Housing Minister Uri Ariel calls for another ground incursion into the Gaza Strip to remove the rocket threat once and for all. 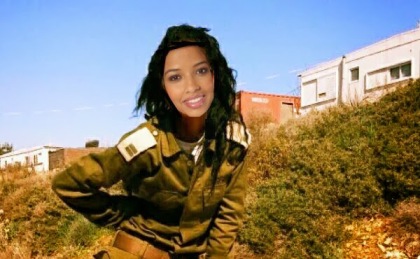 “The actions until now did not bring quiet — it’s clear there is no choice but a ground offensive,” he tells Channel 2. He says it should be done “soon, strongly, and quickly.”

With regard to the IDF targeting of the senior Hamas leader, he says: “I hope the reports that Muhammad Deif is no longer, are true.”

In an article on President Rouhani pledging support for the Palestinians, Iraqis and Syrian, Iran’s official Fars News Agency mistakenly writes in its headline that the Iranian leader is offering “Aids” to those affected by the regional violence.

“Today the people of Iraq, Palestine, Syria and many other Muslim nations are waiting help from the Iranians and we should aid our brothers,” he says.

“The Israeli executioners pour barrage of bullets and bombs on the oppressed Palestinian nation which is not acceptable at all.”

Palestinian medics say an airstrike on a house in the central Gaza Strip killed two Palestinian boys aged 11 and 16.
According to emergency services spokesman Ashraf al-Qudra, the attack happens close to Deir al-Balah
in the center of the Palestinian enclave.

He identified the victims as Mohammed al-Abeet, 16, and his 11-year-old cousin Saher.