Ayatollah Khamenei’s New Book
How to Destroy Israel and Outwit the USA.

The Iranian supreme leader Ayatollah Ali Khamenei attends a meeting with a group of religious performers in Tehran, Iran.

Despite Iran’s insistence that the recent nuclear deal that they signed with US Secretary of State John Kerry was in good faith, a new book by Iran’s spiritual leader Ayatollah Khamenei which was released amid Iran’s final negotiations with the US goes a long way towards putting that “understanding” into a clear perspective as far as Israel and the United States is concerned.

The newly published book entitled ‘Palestine’ is a 416 page manifesto which is currently only available in Iran but was obtained by the NY Post and clearly explains Khamenei’s methodology towards defeating Israel, occupying Jerusalem and outwitting the ‘satanic’ USA. 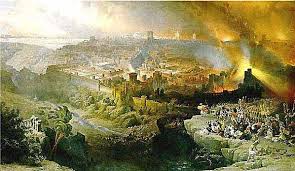 From the beginning, the Iranian cleric makes it clear that Israel as a state has no right to exist and he describes his tactics against Israel as a ‘War of Attrition’. 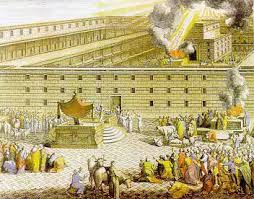 Holding up Israeli flags in Iran before setting them on fire during a demonstration in Tehran in July 2014.

“Khamenei boasts about the success of his plans to make life impossible for Israelis through terror attacks from Lebanon and Gaza. His latest scheme is to recruit ‘fighters’ in the West Bank to set up Hezbollah-style units. ‘We have intervened in anti-Israel matters, and it brought victory in the 33-day war by Hezbollah against Israel in 2006 and in the 22-day war between Hamas and Israel in the Gaza Strip.’ 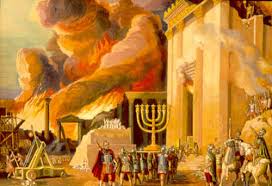 Khamenei insists that he is not recommending ‘classical wars’ to wipe Israel off the map. Nor does he want to ‘massacre the Jews.’ What he recommends is a long period of low-intensity warfare designed to make life unpleasant if not impossible for a majority of Israeli Jews so that they leave the country. His calculation is based on the assumption that large numbers of Israelis have double nationality and would prefer emigration to the United States and Europe to daily threats of death.”

Iran’s supreme leader doesn’t hesitate to explain how the country that is now called Israel would be dealt with in the future and explains that the Jews in Israel who could prove their Jewish roots could look forward to being able to continue to live their lives in Palestine under the Iranian backed government as a “protected minority”.

Iranians marking the 34th anniversary of the 1979 US embassy takeover

“The solution is a one-state formula,” he declares. That state, to be called Palestine, would be under Muslim rule but would allow non-Muslims, including some Israeli Jews who could prove “genuine roots” in the region, to stay as “protected minorities.” Khamenei describes Israel as “a cancerous tumor” whose elimination would mean that “the West’s hegemony and threats will be discredited” in the Middle East. In its place, he boasts, “the hegemony of Iran will be promoted.”

The publication also explains the supreme Iranian leader’s denial of the Shoah with easily predictable comments.

“Khamenei’s book also deals with the Holocaust, which he regards either as “a propaganda ploy” or a disputed claim. “If there was such a thing,” he writes, “we don’t know why it happened and how.”

So, as President Obama is currently trying to gather support for his nuclear accord with the Iranians and convince the US Congress to approve that deal, the nation of Iran is very specific as to their goals regarding Israel as well as the entire Middle-Eastern region.

As the clock ticks on toward the upcoming vote in Congress regarding the nuclear deal, Americans and Israelis will definitely be watching the outcome closely. 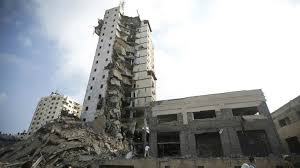 While we watch from Israel as the world discusses the potential advantages and disadvantages of the nuclear accord with the Iranians and await the upcoming US Congress vote on the deal – a brand new published book written by Ayatollah Khamenei entitled ‘Palestine’ clearly explains the Iranian supreme leader’s methodology towards defeating Israel, occupying Jerusalem and outsmarting the ‘satanic’ United States of America.

You can read more about it here: