Smoke rising after a Russian airstrike in Syria 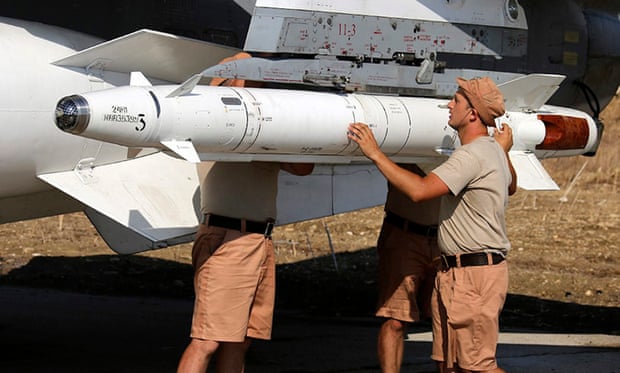 The Syrian army, backed by allied militia, has advanced in western Syria after heavy Russian airstrikes in areas around the main highway running through major cities, a group monitoring the war said on Sunday.

After deadly clashes the military and Lebanese Hezbollah militiamen took control of Tal Skik, a highland area in Idlib province close to insurgent-held positions along the highway, the Syrian Observatory for Human Rights said.

It said the military had destroyed weapons, ammunition and equipment during the offensive and that 50 enemy fighters had been killed in the air strikes. The Observatory and Lebanon-based TV channel al-Mayadeen said a senior Hezbollah fighter had also been killed in clashes.

Idlib is mainly held by the Army of Conquest, an Islamist insurgent alliance that includes al Qaeda’s Syria wing Nusra Front but not the ultra-hardline Islamic State group Russia says is the focus of its airstrikes which started on Sept 30.

Russian strikes have focused on areas in Hama province and neighboring Idlib where insurgents have advanced in recent months. Their advance had threatened government-held territory further west including coastal areas vital to Syrian President Bashar al-Assad‘s control of the country.

The highway that runs from the capital Damascus in the south up through Homs, Hama to Aleppo in the north is vital for controlling populous parts of the country.

Syria’s military, backed allied militias on the ground and Russia in the air launched a major attack last week in Syria’s west to recapture land lost to insurgents near the coastal heartland of Assad’s minority Alawite sect.