Let’s call him « Ken. » Ken is 25, has a master’s degree from Stanford and works for a tech startup in San Francisco, doing a little bit of everything: hardware and software design, sales and business development.

Recently, he has discovered a new way to enhance his productivity and creativity, and it’s not Five Hour Energy or meditation.

Owsley Stanley: The King of LSD »

Ken is one of a growing number of professionals who enjoy taking « microdoses » of psychedelics – in his free time and, occasionally, at the office. « I had an epic time, » he says at the end of one such day.

« I was making a lot of sales, talking to a lot of people, finding solutions to their technical problems. »

A microdose is about a tenth of the normal dose – around 10 micrograms of LSD, or 0.2-0.5 grams of mushrooms.

The dose is subperceptual – enough, says Rick Doblin, founder and executive director of the Multidisciplinary Association for Psychedelic Studies,

At a conference on psychedelic research in 2011, James Fadiman, author of The Psychedelic Explorer’s Guide, introduced microdosing to the popular discourse when he presented the results of survey data he had collected from self-reporting experimenters.

Ever since, he says, the number of people describing their experiences –
or asking for advice –
has been on a steady rise.

The reports come from all over the world, but Fadiman says there’s a steady, consistent stream originating in the San Francisco area.

The typical profile there is an « übersmart twentysomething » curious to see whether microdosing will help him or her work through technical problems and become more innovative. 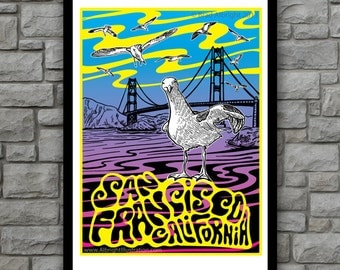 « It’s an extremely healthy alternative to Adderall, » says Fadiman, referring to a drug popular with programmers.

For best results, Fadiman recommends microdosing every fourth day, taking the drug in the morning and then sticking to your usual daily routine.

His correspondents have told him regular microdosing has alleviated a bevy of disorders, including depression, migraines and chronic-fatigue syndrome, while increasing outside-the-box thinking.

« Microdosing has helped me come up with some new designs to explore and new ways of thinking, » Ken says. « You would be surprised at how many people are actually doing it. It’s crazy awesome. »