The band leader of Ziggy Marley and the Melody Makers received the Shalom Peace award, which recognizes individuals who have contributed to Shalom Bayit, or peace within the community. In his acceptance speech, which was posted on YouTube on Saturday, Marley said he will never stop supporting the Jewish state, “No matter what anybody says or does.”

The “Melody Maker” explained that he started feeling a connection to Israel when he was a child through the help of his mother and father, whose own father was Jewish. He said his family has a “strong belief in the history” of Israel.

“If you’ve heard of my father…you’ve heard of exodus….We are strongly connected to the history of Israel and feel a very spiritual and personal connection to that land and the people of that land,” Marley said. “So this is an honor and a blessing and we will continue to have that connection no matter what anybody says or does and continue to support Israel.”

Marley is a longtime and vocal supporter of Israel. He performed in the Jewish state, visited the country several times and has publicly spoken out against the Boycott, Divestment and Sanctions (BDS) movement, according to The Canadian Jewish News. Marley’s wife, Orly Agai, is an Israeli, and their three children reportedly speak Hebrew.

Talking about his family roots being tied to Israel, he told Ynet in 2011, 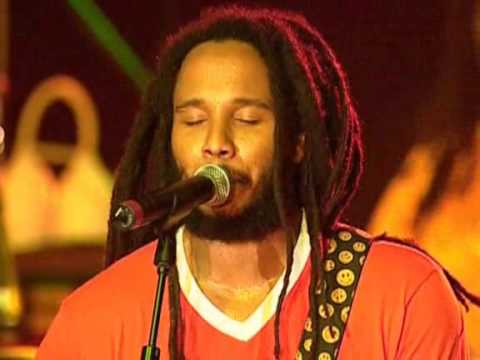 “Rastafarianism has a lot to do with the Old Testament and Solomon and David and Moses, so we have a strong connection [to Israel] from many years back.”

That same year, at a press conference in Tel Aviv, Marley said people tell him,

“Don’t disgrace your father’s name by going to Israel,” but he responds: “I follow nature; I follow the universe; I follow God. I’m not a part of the segregation that people put on each other … I’m a part of nature and God, and God made the sun shine for everybody.”

Watch Ziggy Marley reaffirm his support for Israel in the video below.