Everything You Need to Know About the Drug K2.

Over 30 people were hospitalized yesterday in New York City, the latest event in an epidemic that’s been affecting the country’s poorer populations since 2008. Synthetic marijuana, also known as K2 or Spice, was long available over the counter in corner stores and head shops, an unregulated, unpredictable chemical substance that physically resembles marijuana.

The Truth About Synthetic Marijuana Known as Spice »

Since the cost is low – as little as $1 a joint ­– and the product is plentiful, making it popular among homeless populations.  New York, like many other cities, has banned the manufacture and sale of K2, reportedly bringing hospital visits down by 85 percent. But the problem is nowhere near gone. 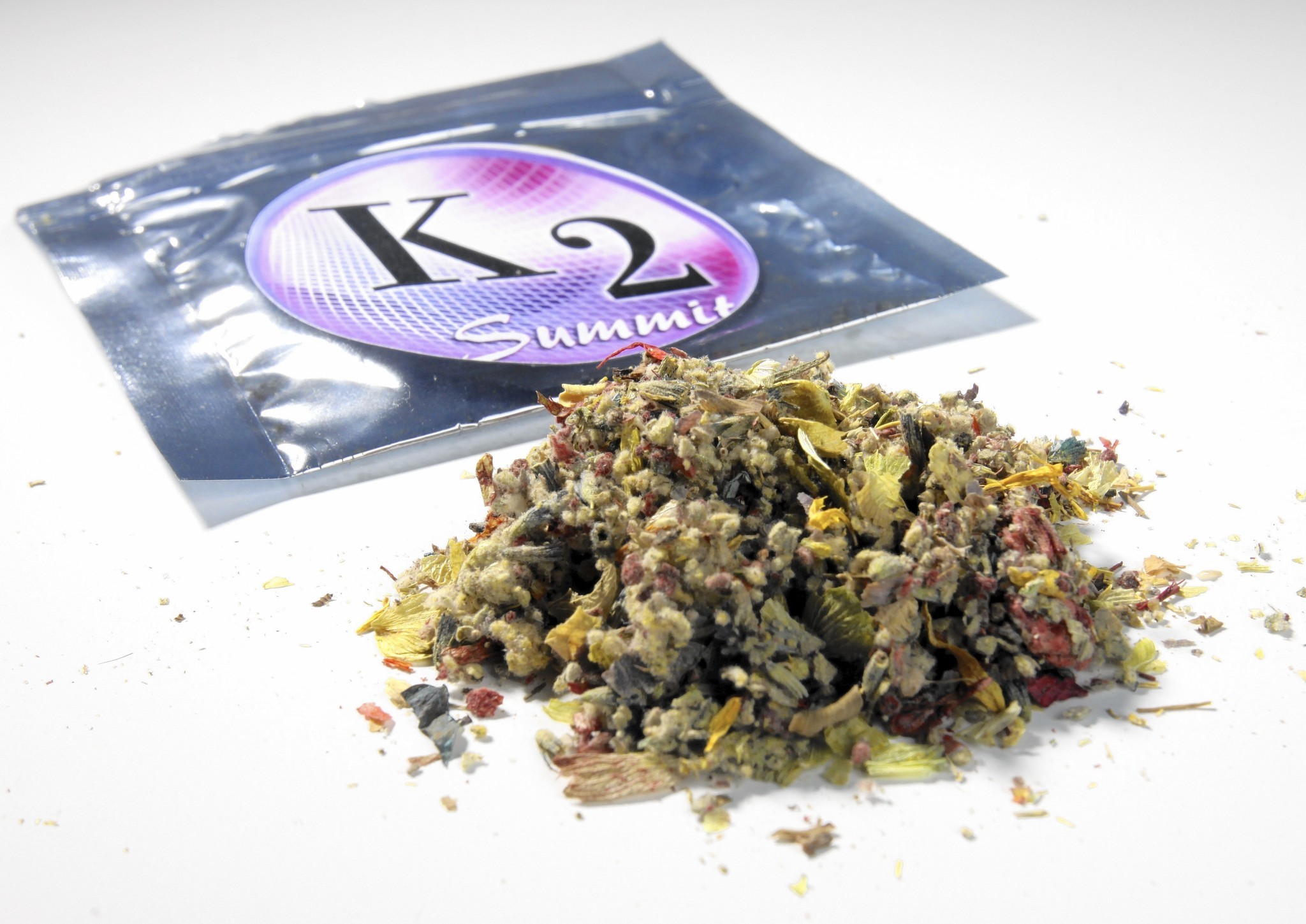 Yesterday’s overdoses occurred near the Myrtle and Wykoff intersection in Brooklyn, an area that local news site DNA Info has reported is the epicenter of the epidemic in the city, often called « K2 Heaven » by locals. Addicts congregate under an elevated train, smoking openly in front of private homes and gardens.

The drug often makes users act erratically, experiencing respiratory problems and collapsing into the sidewalk or street. But yesterday, the problem hit new levels, and onlookers called 911 when the usual sea of « zombies » began to look more disturbing than usual, what one resident described as « a scene out of The Walking Dead. » Thirty-three people were taken to the hospital, suspected of overdoes. « Pairs of police officers walked the blocks around Broadway and Myrtle Avenue, checking the vital signs of men they found unconscious, » the New York Times reported. « Anyone who was unresponsive was loaded onto a stretcher and taken away in an ambulance. »

For those who may be unaware of the drug and its side effects, here are answers to some of the most common questions.

What is synthetic marijuana?

At its core, synthetic marijuana is a blend of industrial chemicals sprayed on dried leaves and lawn clippings, wrapped in brightly colored packages and sold under a variety of brand names – K2 and Spice being the most recognizable – though hundreds of others have been found. While it’s designed to look like marijuana, it affects the brain differently than the natural drug, and, according to the National Institute of Drug Abuse, users can experience « anxiety and agitation, nausea and vomiting, high blood pressure, shaking and seizures, hallucinations and paranoia, and they may act violently. » A constantly changing range of chemicals is used, and the combination and potency can change by brand or even by batch.

Where did it come from?

In the 1990s, South Carolina chemist John W. Huffman began researching artificial ways to mimic cannabinoids, the active chemicals found in marijuana, in order to research the therapeutic effects without facing the red tape of experimenting with Schedule 1 substance. He was somewhat successful – one of the compounds he developed was shown to help non-melanoma skin cancer and brain tumors in lab mice – so he published his findings in the mid-2000s, which included instructions for manufacture that he later said could be followed by a « halfway decent undergraduate chemistry major in three steps using commercially available materials. » Not surprisingly, many did – though Huffman doesn’t understand why so many people would try something so dangerous, comparing smoking the drug to playing « Russian roulette. »

Why is it so popular?

First off, the price. While an ounce of real marijuana can go for upwards of $350 on the street, this synthetic drug costs about $50 online or about $10 a bag in some corner stores or head shops – making it a hit among kids and the homeless. Also, since its not just a single substance, synthetic marijuana doesn’t show up in drug tests, making it first choice for people who face testing, like those in the military or under court-ordered supervision.

For the first few years of existence, manufacturers flew under the radar by stamping « not for human consumption » on the packets and marketing it as potpourri. As use and illness reached troubling levels, however, states such as New Hampshire, Nebraska and New York began cracking down. Regulation helped drive down availability and use, but it’s by no means gone, especially since the compounds are constantly being altered to skirt federal regulation and bans. In an interview with NBC New York, one addict said that after convenience stores were banned from selling the substance last fall, it just moved onto the street. « They have guys that walk around and sell it because they know police are here watching the stores, » he said. « Everyone knows who the guys are. »

Would legalizing marijuana curb the epidemic?

Education, prevention and research into the drug are, of course, part of the solution. But advocates including Huffman, the chemist who invented the compounds, believe that making real marijuana legal would drive down the demand for the chemical drug, citing that natural pot is much less dangerous than its synthetic « counterpart. » New York City councilman Corey Johnson made his support public last fall. « Some people smoke K2 to avoid a positive drug test result for marijuana — a much safer drug, » he said. « This is another reason that we should be taxing and regulating marijuana, rather than criminalizing it and driving people to alternatives like K2. »