Israel is committed to stopping the violence and keeping the Temple Mount open to visitors of all faiths despite the growing effort by Islamists to attack non-Muslim visitors.

The Israeli Foreign Ministry stated Prime Minister Netanyahu’s commitment to maintaining the right of members of all religions to visit the Temple Mount despite three days of rioting by Muslims during the Jewish New Year.

In an official statement, the ministry described rioters, who threw rocks, Molotov cocktails, and explosive devices at Jewish worshipers, as “radical Islamic operatives” and said that Israel would not allow the mosque to become “a terrorist stronghold.”

Some 150 rioters prepared days in advance to attack Jews, stockpiling rocks and explosives and barricading themselves inside al-Aqsa Mosque before the start of Rosh Hashana.

They belong to several organizations that have arisen over the past four years with the goal of ending non-Muslim access to the Temple Mount.

These organizations include the Mourabitoun and the Mourabitat, which are funded by Hamas and the Northern Branch of the Islamic Movement, and were banned on September 8 due to the threat they present to the public order.

Similar riots took place in July during Tisha B’Av, the annual day of mourning for the destruction of the two Jewish Temples and other major tragedies in Jewish history.

“Prime Minister Netanyahu has repeatedly declared that the Government of Israel is committed to maintaining the status quo on the Temple Mount and will oppose any attempt to change it forcefully. The status quo protects the right of Muslims to pray in the mosque, as well as the freedom of all people, whether Muslims, Christians, Jews or others, to visit the Temple Mount ,” the Foreign Ministry said.

“The radical Islamist rioters on Temple Mount have deliberately desecrated, damaged and endangered a site holy to Muslims and to Jews, turning it into a battle field, using stones, Molotov cocktails and explosive devices. Israel will not allow the al-Aqsa mosque to become a terrorist stronghold.”

Palestinian leaders, in the meantime, have praised the rioters. PA President Mahmoud Abbas declared that Jews have no right to “desecrate” the Temple Mount, Judaism’s holiest site, “with their filthy feet.” He also said that Muslim blood that is spilled attacking police at the site is “pure.”

Palestinians have been rioting in Jerusalem for three consecutive days, and an Israeli victim of rock-throwing succumbed to his wounds. Prime Minister Netanyahu vowed stronger punitive measures for acts of violence.

Rosh Hashana, the Jewish New Year, which this year was celebrated from Sunday evening through Tuesday evening, was marred by a wave of Palestinian terror that swept through the Israeli capital.

Palestinian terrorists threw rocks and firebombs at security forces and civilians at various locations in the city. Several rioters were arrested.

The most severe incident occurred Sunday night when terrorists threw rocks at the car driven by Alexander Levlovitz, 64, who was returning from a holiday meal. He apparently suffered a heart attack before driving into a street pole. Medics rushed the victim to Hadassah Ein Kerem hospital while attempting to resuscitate him. He died on Monday morning and will be buried Wednesday evening.

His two daughters, both in their 20s, were lightly wounded in the attack.

Police noted that there were several reports of rock-throwing in the area where Levlovitz was hit. Police spokesman Mickey Rosenfeld stated that security forces have launched a major investigation and were actively searching for the suspects.

Palestinians rioted for three consecutive days on the Temple Mount, clashing with security forces and then retreating to their mosques, from where they threw rocks, debris, firecrackers and other weapons they had stockpiled, indicating that the incidents were not an instantaneous outburst of fervor, but a well-planned acts of violence.

Police sources said that several Palestinian subversive elements in the capital, including the Hamas terror organization, were operating to destabilize the already fragile situation. Palestinians also rioted at several locations throughout Judea and Samaria, supposedly in solidarity with those on the Temple Mount.

“We will use all necessary measures to fight against those who throw stones, firebombs, pipe bombs and fireworks in order to attack civilians and police,” declared Netanyahu. “On the eve of the holiday it was again proven that throwing stones can kill,” he said, referring to the Levlovitz tragedy.”Such actions will be met with very sharp punitive and preventive responses. We will lead systemic changes and will set a new standard of deterrence and prevention.”

The actions decided on were mostly administrative, such as changing the open-fire policies, setting minimum sentences for rock-throwing and similar offenses, and imposing heavy fines on minors – and their parents – who commit these offenses.

Netanyahu emphasized that Israel is committed to maintaining the status quo on the Temple Mount and that rioters will not be allowed to prevent Jews from visiting the holy site. Further discussion will be held next week in order to advance these steps, he said.

Netanyahu has made similar statements at a meeting held at the beginning of the month, during which he had declared that he would show zero tolerance for terror.

Police announced the deployment of more forces in the capital to prevent a further escalation.

“On the evening of Rosh Hashana, Alexander Levlovitz – a family man and a Jerusalemite – was murdered. This bloody incident is further evidence that terror is terror – whether with stones or other weapons – and that we must act firmly and appropriately against terrorism,” President Reuven Rivlin said in a statement of condolence Tuesday evening to the family. Rivlin, who was updated by acting police inspector-general Bentzi Sau, thanked police for their efforts in restoring order to Jerusalem while calling for stronger action against terror.

Security forces arrested a Palestinian terror cell responsible for a recent string of firebomb attacks against Jews in the capital.

Israel’s security forces arrested a group of Arab terrorists on suspicion of committing a series of firebomb attacks in Jerusalem in recent months, including one earlier in August that left an Israeli woman, 27, with moderate burns and a man with light wounds. A third man was lightly injured after attempting to extinguish the flames. He sustained burns and inhaled smoke.

Security forces nabbed the group of nine Arabs from Jerusalem and Judea and Samaria two weeks ago for participating in three separate attacks in the capital involving the throwing of Molotov cocktails, which hit Jewish motorists and a building, Israel’s police announced Sunday. The terrorists were indicted on Sunday at the Jerusalem Magistrate’s Court.

“The cell’s activities and its results demonstrate the high level of threat” posed by the terrorists, the Shabak (Israel’s Security Agency) stated.

Jerusalem District Police Commander Moshe Edri commended the forces for their cooperation and professionalism. “We are talking about severe and life-endangering incidents,” he said, vowing to carry on with the battle against the terrorists and to safeguard the lives of Israel’s residents.

Israeli Ambassador Prosor demanded that the UNSC condemn the wave of Palestinian terror that exploited Israeli kindness and humanity.

Recounting the last attack the left an Israeli soldier wounded and the Palestinian terrorist dead, Prosor said that

“a Palestinian terrorist approached Israeli security forces south of Nablus and told them that he was not feeling well and asked for water. When they invited him to approach in order to give him water, he drew a knife and stabbed one of the soldiers.”

In another attack that occurred on Saturday “a Palestinian man approached an Israeli soldier and asked him for some water. When the soldier turned to get him some, the terrorist assaulted him with a knife. Later that same day, another Palestinian stabbed an Israeli border policeman in the back during a routine security check.”

“Such attacks are becoming part of a disturbing new pattern in which those seeking to murder Israelis take advantage of their humanity,” the ambassador charged, offering further examples of terrorists taking advantages of Israeli kindness. 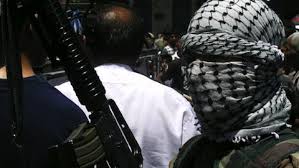 “Attacks of this kind are especially outrageous because they take advantage of a person’s natural desire to help their fellow man in their time of need, in order to kill him. These are acts that no decent person would tolerate,” he wrote.

Such a pattern could be to the detriment of the Palestinians as well, he pointed out. “This type of attack is also especially dangerous. Not only do such attacks pose a grave threat for Israelis, they may well harm those Palestinians who are genuine in need of assistance.” 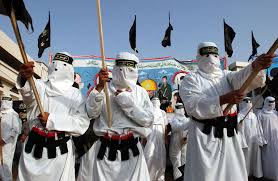 Prosor also pointed to the Palestinian Authority’s (PA) support of the attacks. The terrorist who planned the murder of Malachi Rosenfeld in June used the money paid to him by the PA to purchase the weapon that was used in the attack, and to train those who executed it. These funds were paid to the terrorist for the time he served in an Israeli jail for the crime of murdering six Israelis in 2004.

“Once again, the Palestinian leadership is failing to take responsibility. Not only do they refuse to condemn these attacks, but they also fund people who serve time in prison for carrying them out,” Prosor said in the letter.

He called on the Security Council to “unequivocally condemn” the latest series of terror attacks “in a clear voice.”

“I ask you to publicly call on the Palestinian Authority to condemn those responsible for these attacks, and to do everything in their power to prevent future attacks,” Prosor demanded. “A timely and clear statement by the Security Council is crucial to prevent further deterioration and further suffering.”

The UNSC is known to swiftly and critically condemn Israel for every small incident it perceives as some sort of infraction. It is also notoriously silent when it comes to condemning oppressive and murderous regimes.

Prosor sent a similar letter of protest to the UNSC in July. He has been outspoken in recent months regarding what he sees as unequal treatment of Israel by the world body.

In February, for instance, he mocked the UN, calling it a “theater of the absurd,” castigating the organization for neglecting serious global concerns, such as Islamic terror, while continuously chastising Israel. “If we intend to fight terror, we must not differentiate between terror and terror – there is no good terror or bad terror group, and we must treat them all alike,” he stated at the time.