US military bases in the Middle East are within range of Iran’s missiles,
a senior Iranian general warned.

Brigadier General Hossein Salami, Lieutenant Commander of the Islamic Revolution Guards Corps (IRGC), announced that the IRGC has developed a drone technology that can reach any target within a 3,000-km range, including US military bases in the Middle East.

“The IRGC has a drone that has a flying range of 3,000 km round-trip and is capable of conducting reconnaissance and combat missions,” Salami said in an interview with the state-run TV on Tuesday night.

“We also have a unique ballistic missile that no one else, but perhaps Russia and the US, has, and intercepting this missile is almost impossible,” he added.

While threatening the US military presence in the Middle East, he also boasted about Iran’s “high capabilities to confront enemies’ threats.”

“Any US airbase whose airplanes can reach the Iranian airspace as well as their aircraft carriers can be targeted by Iran’s unique high-precision striking ballistic missiles and drones,” he stated.
In July, Salami declared that “the US knows that the slightest move against the Islamic Iran will ruin its house of dream.” Iran has reportedly made huge progress in developing its domestic weapons and military equipment industry, including drones.
A senior Iranian commander announced in April of last year that Iran has developed a new homemade drone armed with explosives, designed for suicide missions.

Iran continues to threaten the world, this time boasting that its missiles can hit any target in the Middle East.

“Today our ballistic missiles can fly thousands of kilometers and can hit any targets in the region with whatever desired precision and intensity,”
claimed Brigadier General Hossein Salami, second-in-command of the Islamic Revolution Guards Corps (IRGC).

Iran continues to threaten the world, this time boasting that its missiles can hit any target in the Middle East. 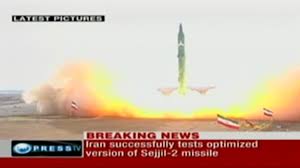 “Today our ballistic missiles can fly thousands of kilometers and can hit any targets in the region with whatever desired precision and intensity,” claimed Brigadier General Hossein Salami, second-in-command of the Islamic Revolution Guards Corps (IRGC).

The commander also said the IRGC has thousands of high-speed warships at its disposal which are capable of launching massive naval operations against enemy targets.

PressTV reports that in recent years, Iran has made major breakthroughs in its so-called “defense sector” and has attained self-sufficiency in producing important military equipment and systems.

Iran bragged last week that their success has enabled them to export their weapons-production knowledge to terror organizations and regimes in the region, such as Hezbollah in Lebanon, Syria, and Hamas.

Iran claims to have designed and manufactured different indigenous ballistic missiles, including the Shahab series and the Zelzal (Temblor), which it has exported to Hezbollah and which were used against Israel in the Second Lebanon War.

The military commander also said that the Islamic Republic’s unmanned aerial vehicles (UAVs) can fly thousands of kilometers, adding that they can capture images and transmit them directly or indirectly to terrestrial stations.

Salami said that Iran’s drones have been equipped with smart missiles that can hit high-speed vehicles with pinpoint precision.

Iran unveiled its first domestically-manufactured long-range combat drone, the Karrar (Striker), on August 23, 2010. Since then the country has manufactured a variety of other high-tech unmanned aerial vehicles for surveillance and combat applications.

The Islamic Republic has repeatedly claimed that its military might poses no threat to other countries, reiterating that its defense doctrine is based on deterrence.

Israel’s Channel 10 recently quoted Israeli security officials who have said that Iran has developed new missiles that can hit any target in Europe. The report clarified that while these missiles could be used for civilian purposes, such as the launching of spacecraft and satellites, they could also be used for offensive purposes. According to the report, Iranian missile production is making “very rapid progress.”

“Construction of two new power plants will increase the capacity of Bushehr province’s power generation to 2,000 megawatts,” FarsQuotes President Rouhani as saying during a meeting with investors and economic activists in Bushehr province.

Earlier on, President Rouhani claimed during a visit to the Bushehr nuclear power plant that Iran is pursuing nuclear energy for peaceful purposes, and said, “The Bushehr Nuclear Power Plant is an example showing that Iran is only looking for a civilian use of the nuclear energy and for power generation.”

The new plants are being constructed in collaboration with Russia’s Rosatom State Atomic Energy Corporation. 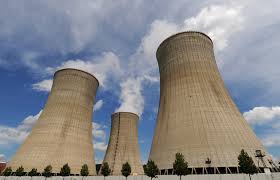 Project manager Mahmoud Jafari blasted what he termed as “western animosities” towards Iran’s civilian nuclear activities. “Although the Bushehr nuclear power plant was exempt from the sanctions, the westerners prevented the supply of the equipment (needed by the power generation facility) to Iran.”

A State Department spokesman said, “We are aware of the announcement and are reviewing the details.” However, “in general, the construction of light water nuclear reactors is not prohibited by U.N. Security Council resolutions…” the official said.

The P5+1 powers are engaged in negotiations with Iran regarding their nuclear program, which the West fears will ultimately be used to develop nuclear weapons. Israel, in particular, fears Iran’s nuclear program, as Iran has openly threatened to wipe Israel of the map.

The Washington Free Beacon reports that news of the two new nuclear plants come on the heels of reports that Iran has been operating advanced missile sites in Syria and also building a secret nuclear plant there.