ISIS terrorists recently entered Gaza with the support of Hamas, and the organization is helping the ISIS fighters receive medical care in Gaza’s hospitals.

Islamic State (ISIS) terrorists from the Sinai Peninsula have entered Gaza through terror-tunnels to train with the Hamas terror organization, a senior IDF officer has revealed.

The Coordinator of Government Activities in the Territories (COGAT), Maj. Gen. Yoav Mordechai spoke of the recent developments on Friday in an interview with the Saudi news site Elaph, as translated by Israel’s Haaretz.

Mordechai said operatives entered Gaza a few days ago with the support of a well-connected Hamas affiliate, and that the organization is helping the ISIS fighters to receive medical care in Gaza’s hospitals.

Such reports have surfaced in the past, and the collaboration between Hamas and Ansar Beit al-Maqdis, ISIS’ affiliate in the Sinai is a well established fact. Elaph has in recent weeks published reports of wounded men being transferred from the restive Sinai Peninsula into Gaza.

In return, ISIS is reportedly supplying Hamas with weapons.

Mordechai explained that Hamas’ field commanders were informed, and its top military and political leaders were updated on the issue. 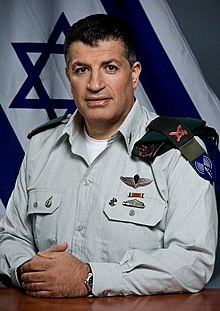 However, officials in the Israeli defense establishment say that Hamas only denies connections with ISIS outwardly, but are actually collaborating with them, as well as with Iran. 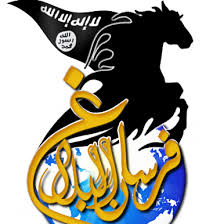 According to Palestinian sources in Gaza reported by Haaretz, though Hamas is actively courting Egypt, there are some, especially in it military leadership, that view Iran and Salafist groups as  their main source of funds and arms, and are reluctant to give up the ties. Nonetheless, Hamas is facing increasing pressure from the Saudi royal house to cut ties with Iran and respect Egyptian national security interests.

Egypt has been waging a bloody war against ISIS insurgents in the Sinai.

Egypt’s army has been conducting an extensive campaign to destroy smuggling tunnels running between Sinai and Gaza, as part of a broader military campaign in the northern Sinai against anti-regime Islamic terrorists who,together with Hamas, have carried out several deadly attacks against Egypt’s security forces..

The Islamic State (ISIS) terror group is looking to increase revenue from taxation, smuggling antiquities “and potentially kidnap for ransom”
after losing some territory and oil revenue following the destruction of significant oil facilities, the chair of the UN committee monitoring sanctions against the terrorist group and al-Qaida said Wednesday. 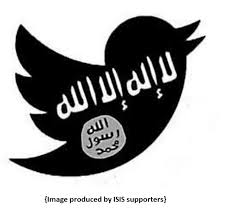 While recent reports indicate that the flow of recruits is slowing, he said, “estimates suggest that upwards of 30,000 foreign terrorist fighters have traveled to Iraq and Syria to date.”

Van Bohemen said the threat from ISIS, also known as ISIL, is also expanding geographically, and as pressure increases on its territory in Iraq and Syria, foreign fighters are seeking to return home.

He said this poses a challenge because while some returning fighters are disillusioned “others return radicalized, battle-hardened and well-networked” and pose a serious risk to the international community because they can link up with local al-Qaida affiliates to conduct terror attacks.

“ISIL affiliates in Libya, Afghanistan and Yemen are steadily gaining a foothold and becoming increasingly important to the survival of ISIL,” he said, and as pressure grows on its territory in Iraq and Syria “it is expected ISIL will look to move funds to these affiliates, including through the use of informal money transfers.”

Van Bohemen said tracking the travel of “foreign terrorist fighters” has become more difficult because instead of traveling directly to the neighboring country of a conflict area, many “are now taking multiple, indirect routes, often using more than one passport.”

To combat this, he urged all countries to implement UN resolutions calling for the sharing of information to better detect and disrupt their movements.

Van Bohemen said the movement of funds and fighters outside ISIS-controlled territory also provides an opportunity for UN members to freeze assets.

He urged all countries to send the committee new names for the UN sanctions blacklist. All countries are required to freeze the assets and ban travel of individuals on that list.